The Environmental and Socio-Economical Effects of a Biologic Problem: Mucilage

This study was conducted at two stations, Guzelyali and Abide, selected in the shoreline of Dardanelles Strait. Monthly observations were performed between October 2008 and August 2009 to investigate the effects and causes of mucilage, which is an important ecological problem. In order to determine the causes of mucilage, atmospheric data were collected. The results suggested that sudden temperature variations, wind speed and rainfall may have direct effects on the continuance of mucilage. Except summer, mucilage has been observed all through the year. Biologic and socio-economic effects of mucilage were also investigated in this study. Mucilage has a negative effect, especially on flora and fauna in the marine ecosystem. Additionally, there are many socio-economic problems on fisheries, tourism activities and human health. Therefore, although it is not possible to control the mucilage occurrence, the effects of this problem on marine environment, biodiversity and economy can be mitigated by using some protection aspects such as the control of anthropogenic effects causing eutrophication, fishing period and etc. 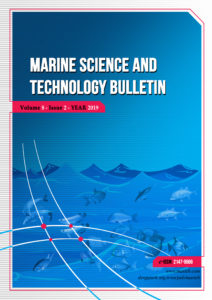